Defeating the Burning Legion and sealing the Tomb of Sargeras, we have achieved countless achievements and honors. But this is not the end. Azeroth war will be rekindled. Therefore, grasp your swords now and tell your enemies that they will never be alone.

Which side are you on this time? Aalliance or Horde?

On your way forward, you will encounter various risks and challenges and Mmsoale will always be with you. Now for any Wow order at Mmosale.com, you will get:

In the coming warfare of Azeroth, no matter Aalliance or Horde, enemy or friend, your old friend Mmosale will always be with you, and witness the glory of Azeroth again, are you ready?

Players with inactive accounts will be able to play for free from November 5th to November 8th. 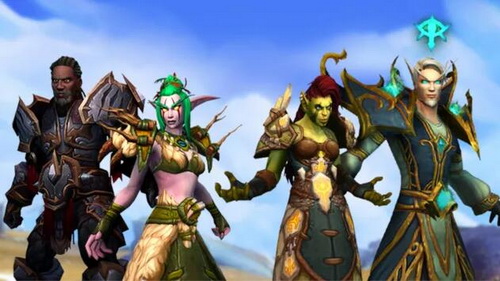 Shadowlands is nearly here, and you and your allies are needed back on the front lines. This weekend, we're giving all players with inactive World of Warcraft accounts full access to the game* and all of your characters without a subscription. You’ll be able to access all expansions including Battle for Azeroth, so you can play the most recent content and be ready for Shadowlands when it launches on November 23, 2020 at 3 p.m. PST. Rejoin your guild, rally your comrades, and prepare to brave the beyond.

Return to World of Warcraft FREE from November 5 to November 8.

Get Back in Action

If you’re new to World of Warcraft or you’ve been away for a while, you can play through the new starting experience starting at level 1 to learn the ropes.

Players who have already experienced Battle for Azeroth and reached level 50 on at least one character can choose to level any subsequent characters in a different expansion using Timewalking Campaigns. This new feature makes it so content from locations like Northrend or Pandaria scales to a player’s level, so they can adventure from level 10 all the way to 50 and experience the stories in these areas at their originally intended pacing. Visit Chromie near the embassies in Stormwind or Orgrimmar to select your expansion leveling experience. If you'd like to select a different expansion to level through, simply speak to Chromie again.

Need Help Logging Back In?

• Within the app, click on the World of Warcraft tab, then either Install or Update.

• When the installation or update is complete, click Play.

Arthas is an incredibly strong Warrior that has high amounts of crowd control and self sustain. He's capable of rooting players, slowing them and can self heal. He's also pretty tanky thanks to a variety of talents that provide shielding. With the current meta, Arthas is also in high demand. His ability to combine his Howling Blast with Frozen Tempest for a formidable chain spike that compliments any team. If you happen to have Kael, Li Ming or any burst mage in your party, the opposition are almost gaurenteed to die to the abundance of roots and slows. Almost any team can make invaluable use of this window (during or fight or whether your enemy is fleeing) and more often than not, come out on top.
The one downside to Arthas is that he's relatively mana intensive and he has no reliable escapes. As such, he relies on Howling Blast to flee but it may often be on cooldown. Correct positioning, not over extending too much and keeping a careful eye on your mana is key to staying alive.

Arthas' abilities primarily revolve around keeping enemies close to him. His primary rotation is Death Coil > Howling Blast > Frozen Tempest > Frostmourne Hungers. It's a considerable spike that will pressure any opponent, however, it should be noted that if you're likely to need healing, you should save Death Coil for yourself.

Frostmourne Hungers (Trait) - Frostmourne Hungers is your innate ability and it allows you to use your next basic attack instantly for double damage. Best of all, it'll restore 30 mana. It's pretty much a means of spiking opponents quickly and as you level up, it becomes even more potent with the opportunity to slow and to strike twice. One thing I would advise is to always, always use this ability. It should rarely, if ever, be off cooldown. Its mana return is great for halving the cost of Howling Blast/Death Coil and against squishy targets, you'll be able to double stike (Frostmourne Hungers > Basic Attack) for high damage.

Death Coil (Q) - is a dual utility skill that allows Arthas to deal some ranged damage to foes or to cast it on himself for a heal. It doesn't heal for an enormous amount but it's enough to allow you some self sustain and to remain in lane longer. Used offensively, it's a good skill for finishing foes who are running away or just to poke. As it stands, it's best used on yourself when talented.

Howing Blast (W) - Your primary offensive ability when it comes too coordinating team spikes or pressuring someone in your lane, Howling Blast will root a player at its final casting point. Based on this, you have to predict where someone will move to and ensure that they walk into the tip of the Howling Blast if you want to root them. Later game and once you've completed your quest, you'll be able to root anyone who crosses its path. Landing Howling Blast is fairly easy right now simply because the AOE for the telegraph is so large.

Frozen Tempest (E) - This ability should only really be used briefly and predominantly when you're in a fight next to a group of Heroes. It'll drain your mana over time but slow and lower the attack speed of those affected by it. Against enemy minions it deals a fair amount of damage and allows you to clear lanes quickly. If you use Howling Blast, approach the enemy Hero and use Frozen Tempest, you'll be able to keep them next to you for a prolonged period and at the very least, force them to use a movement skill to escape.

Summon Sindragosa (R) - Probably one of the best ultimate in the game, Summon Sindragosa deals damage to all enemies in its path, slows them and freezes minions and structures. At later levels it can freeze enemy Heroes and its width and range make it hard to miss with. During a team fight, you should factor in that Sindragosa takes a couple of seconds to cast and you should attempt to aim where you expect enemy players will move to. If you land the hit, follow up quickly with a Howling Blast and Frozen Tempest to keep the pressure on. Be aware that Sindragosa has a brief cast time.

Army of the Dead (R) - Providing Arthas with plenty of sustain during any team fight, Army of the Dead is a reasonable alternative. If you've a good healer, you don't neccesarily need the healing and its cooldown is pretty hefty at 80 seconds. Despite that, the Ghouls do provide amazing amounts of sustain and can also body block incoming abilities.

There are many new mounts in WOW 9.0 the shadow realm. There’s a special mount which is worthy of gathering for player. This is a red ghost horse with shiny wake flame when running. 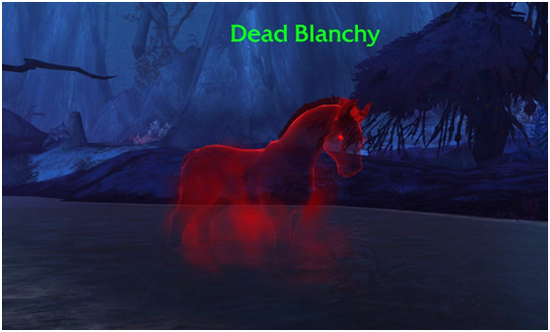 Strategy of getting Sinrunner Blanchy

1. You should be in the Dead Blanchy spawn point（63.44）. Dead Blanchy will move quickly that the player has to force it to stop in order to start the interaction.

2. You can talk with Dead Blancy once a day and she will indicate a different thing she wants. You totally need to talk with her for six days.

Patch 7.2 may have fewer class changes than Patch 7.1.5, but there are numerous Artifact updates as well as some meaningful class changes.