The newest patch 5.1 of World of Warcraft: Mists of Pandaria, Landfall was live this week. This new patch brings plenty of new additions and changes to the game. As the first major patch after the release of Mists of Pandaria, the new contents of Patch 5.1 may have some connection with the interesting of the game, or to say, how to keep MoP playable and attracting. So has patch 5.1 drawn your eyes? Let's see what the new contents are in this new patch.

New looks are set for in-game tool-tips. Secondary stats are displayed in a lovely shade of green, while the items upgrade level is located at the top. Other basic information has also slightly changed in position.

To enter pre-Mists of Pandaria raid dungeons do not need raid groups any longer. Cooldown timers of more than 5 minutes will reset between attempts on Challenge Modes. Lesser Charm of Good Fortune now is displayed on the Currency Tab instead of taking up bag space.

In Patch 5.1 farming reputation is a little bit easier. Players can now purchase special commendations as soon as they reach Revered with a faction. These commendations will give a 100% bonus to all charterers on that account to gain reputation; moreover the primary character will earn double reputation. Currently this system is only available in Mists of Pandaria factions.

In patch 5.1, all the changes for classes have come into effect, some big and some small. All classes' updates will take quite a long space. You may find the full patch notes of class changes on Blizzard's website.

Two new factions are introduced in patch 5.1: Operation Shieldwall and Dominance Offensive. Operation Shieldwall is for alliance, which locates in eastern Krasarang, while Dominance Offensive is for horde, which locates in western Krasrang. These two factions introduce not only new daily quests but an epic storyline centering around a Mogu artifact that the Horde are desperate to control. Not enough to interest you? Completing the storyline will reward you with either a Gryphon or Wyvern mount that should not be missed at all. 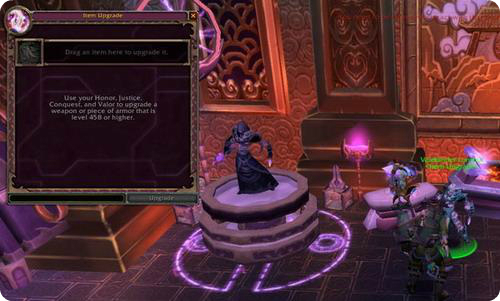 A new way for gaining gears is available in Patch 5.1. Players can upgrade their gear with Justice Points and Honor Points by visiting one of the Ethereals. Equipped with a handy user interface to help you plan your upgrades, enhancing your gear has never been easier. 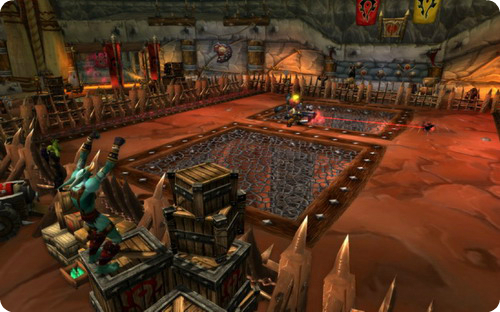 This might be the most exciting part in the whole new update. Get ready for this cool solo PvE action. The Brawler's Guild is basically a Fight Club brought to World of Warcraft. Player can access the cool challenges in both Orgrimmar and Stormwind. Not a brave heart shall be missed for the players. The best part is that there will be crowds and audiences during the fight. You get to take on these challenges in front of a group of your peers. We will give you more to read about the Brawler's Guild guide in near future.

Patch 5.1 has introduced several new wild pets to flesh out some of the pet families. Also, players will find themselves revisiting some old-school dungeons such as Blackwing Lair, Molten Core, and Naxxramas all to capture 12 BoE pets that drop from bosses inside. Player will gain a new achievement by collecting all these pets, as well as the chance to own their own Mr. Bigglesworth.

A new item, the Battle-Stone, has been introduced to upgrade the quality of your Battle Pets. Available in two basic types and qualities these Battle-Stones can either be won by winning matches or purchased by using Justice Points.

Five new scenarios are updated in patch 5.1, which still focus on the ever last conflict between Alliance and Horde in expansion of Mists of Pandaria. Scenarios for Alliance include Krasarang Wilds, A Little Patience. Horde has Domination Point, Dagger in the Dark. And Assault on Zan'vess is neutral.

Wrathion has upped his game and taken an interest in the events taking place in the Krasarang Wilds. Those that have already had dealings with the Prince will find new quests available to them dealing with this area.

Class quests are back with the introduction of Warlock only quests in 5.1. The quest chain will send Warlocks back inside the dreaded Black Temple where they must undergo trails unknown. If completed the Warlock will be rewarded with Akama's Seal of Courage, a bad ass ring that most Warlocks won't want to pass up.

Patch 5.1 brings us a ton of PvE changes, but there are some changes and additions for PvP fans as well:

Level 90 players can queue up for Wintergrasp and Tol Barad. Arena match time limits have been reduced from 45 minutes to 25 minutes.Rated Battlegrounds share the same spell restrictions as Arenas.

A new pet tamer named Jeremy Feasel has been added for players to try to defeat to obtain the Darkmoon Eye pet. Other pets have also been added to the Isle, including wild pets and those bought with tokens.

A carousel has been added that provides players with a buff that increases reputation and experience games after they have ridden it. 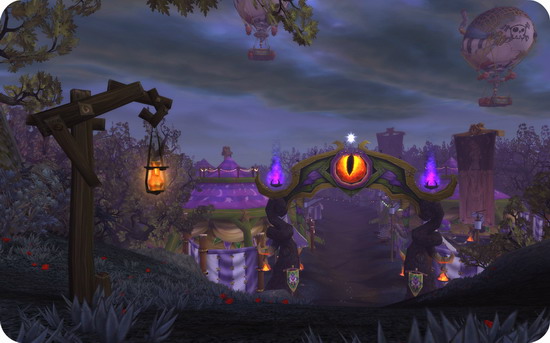 At Sunsong Ranch, Portal Shards, a new type of seed has been added. These shards grow into consumable items which can be used to open a portal from the ranch to a major faction city. Portal Shards can be purchased from Barnaby Fletcher, an occasional visitor to Halfhill Market.

They bring back the Stranglethron Vale Fishing Tournament on every Sunday. And now we can have three winners and Speckled Tastyfish pools no longer spawn during the tournament.

A new profession bag for cooking was added. Player can buy the bag from Ironpaw Tokens. While for mining profession, the time of despawn for all mineral nodes was adjusted to one minutes, no matter whether there are items remain in them or not.

If I play a game, and will like to pay for it monthly and keep going on, the game must has some significant unique features to call my eyes. New content should be frequently added and upgrade and maintenance of server should be regular. This is what Blizzard is doing by release the patch 5.1, two months after the launch of Mists of Pandaria expansion. And I myself will surely put my concentration on the new update for quite a period of time. Will you enjoy yourself in the Landfall?

Guides of Leveling Dungeons in Mists of Pandaria