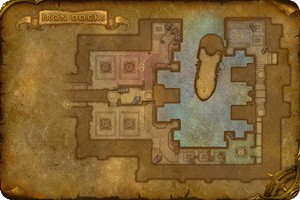 The Iron Docks is a brand new dungeon. The players can find it in the Gorgrond zone. And there are four bosses, and the players level 93 to 95 can leveling in Iron Docks. When the players reach level 100, they will also choose the heroic and challenge versions.

As you are leveling up, when you first encounter the boss, there are several rare items drop from boss. And some of these level 630 rare items can help you upgrade. While get the items and level up, you also need to finish the instance as soon as possible. And you will find it is useful for your level up, especially the way to level 100. 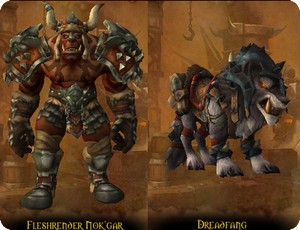 In the second part, besides fight with boss, players will have to face many archers. These archers will summon burning arrows. And mechanic of boss and archers are different. The boss Nok'gar own a self buff ability called Reckless Provocation. When Nok'gar activates this ability, if players keep attacking Nok'gar, players will be intimidated, and then they will be feared away. Therefore at this time, players should stop attacking immediately.

The mechanic of the archers is to summon burning arrows and barbed arrows. This rain of falling arrows will heavily damage and follow players. And the flame of burning arrows on the ground can also deal damage. So to avoid the burning arrows are quite important in the fight. In order to minimize the damage, players should constantly move.

To win this fight, you need to avoid being intimidated by Nok’gar, keep moving to avoid flaming arrows. This way, it’s not too difficult to defeat the boss Nok'gar.

The second boss encounter is a council type fight. The three bosses respectively are Ahri’ok Dugru, Makogg Emberblade, and Neesa Nox. And considering the bosses abilities, this is also the best kill order to win this fight.

Ahri’ok Dugru can activate Sanguine Sphere which can absorb damage. And if the Sanguine Sphere is broken, all the bosses will recover for 15% of their health. From this aspect, Ahri'ok Dugru is the most dangerous boss in this fight. To win this battle, players should change targets immediately after the buff is cast.

In this fight, the tank should hold both Ahri’ok and Makogg only. And players should always keep an eye on Ahri’oks to interrupt her Sanguine Sphere. When Makogg activates Flaming Slash, the tank should step out of the way quickly or take heavy damage.

In the beginning, players will have to deal with three bosses. It is very difficult. So players always use DPS buffs and damafe reduction abilities to protect themselves and try to kill the bosses quickly.

The third boss is a beast Oshir. Players must defeat him to win the fight. In th process, players will have to deal with both Oshir and the adds that he released.

And there are two key mechanics too. One is that players have to deal with Oshir's Time to Feed attack. This attack can deal damage on a random player for 20 seconds. To stop this attack, players should deal heavy damage to Oshir or they will have to wait for 20 seconds. In 20 seconds, the players who were attacked can also use abilities, self healing or damage prevention effect to protect themselves. Only Paladins with their Divine Shield and Mages with Greater Invisibility can escape from this attack by themselves.

The other mechanic is that players have to deal with the Ravenous Volves and Rylak Skyterrors that are released by Oshir. And players should kill them as quickly as possible and also keep interrupting the Skyterrors' acid attack from forming acid puddles.

Therefore, in the whole fight, players should switch their targets between the adds and Oshir. If the adds are active, focus on the adds;if Oshir in the feeding frenzy status, free other trapped players; And when the adds are wiped, keep dealing Oshir.

The final fight is also a council type fight, players need to fight with boss Skulloc as well as his assistants Koramar and Zoggosh. And the special point is that this fight is on a ship that stops in the center of Iron Docks.

The three bosses have different mechanics. Korammar has Shattering Blade and BLadestorm abilities. He can add a lot of AOE damage to the players. So Korammar is the most dangerous boss, and difficult to defeat him. Players should try to kill Skramar as soon as possible in the beginning of the fight. Once you defeat him, you will find that the fight become easier.

After Koramar died, players will encounter the real boss Skulloc. Skulloc will always launch cannon barrages. And players should hide behind the piles of boxes which are away from the line of sight to avoid from the heavy damages. While hiding from Skulloc's Rapid Fire attacks, players can even ignore Zoggosh. Zoggosh will join the fight after Skulloc get low on health. But Zoggosh only has a melee attack, the tank can hold him until Skullc die.

World of Warcraft’s classic Nostalrius server is coming back online