> Trove is the Most Original MMO Right Now

Often in the MMO world, we get a little tired of seeing the same game released by different companies and called something new. There are gems that try to break the mold, but few really just go for it. Perhaps it’s the general freedom afforded by the IP and visual stylings, but the bravest MMO on the market right now is none other than Trion Worlds’ Trove. 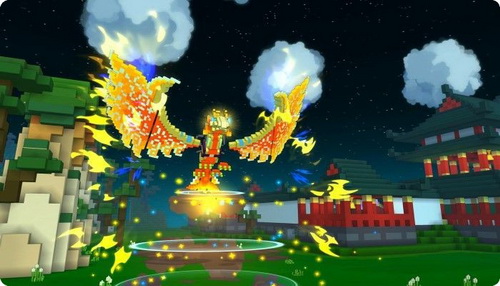 I’ll admit up front, I don’t play regularly. It’s one of those games I always want to dive into more, but never seem to have the time. That hasn’t stopped several million other folks from enjoying it across PC, PS4, and Xbox. Hell, I’ve jokingly tried to prod Trion about a Switch release in recent months, and I wouldn’t put it past them to be the first MMO on Nintendo’s new console. Trion, once founded as a AAA studio with dozens of millions of dollars to make a fairly traditional MMORPG, has quietly become one of the leaders in MMO experimentation with the unassuming voxel based Trove. 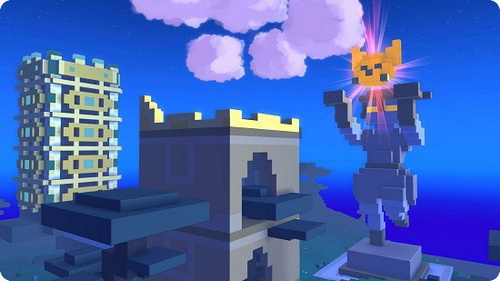 It’s gone from a game that was merely trying to take the idea of Cube World and do it with a more robust team, and turned itself into a fully-featured MMORPG with most everything every MMO gamer could want. Of course, not every gamer likes voxels, or the visual style that comes with them, and ergo many may dismiss the title outright. And as someone who has a hard time playing games with eastern influenced art, I can understand that. I like my MMOs grounded in western fantasy or sci-fi.

Trove, is definitely not that. It’s bright, it’s loud, it’s blocky, and it’s all over the place. And I think that’s why I’ve kind of loved it since day one. It’s never been my go-to game, and yet I can always count on it to be there with fun when I need it. More so, with each new update, they’re proving that it can kind of be any game it wants to be. The most recently announced Heroes expansion effectively turns Trove into City of Heroes for part of the game. A new class based on the golden age of comics, new massive world bosses, a story focused in and around a massive city in the Neon biome called Luminopolis. 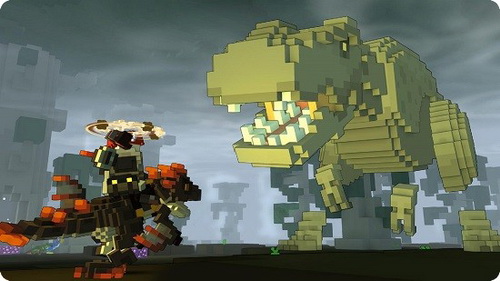 I love that Trion feels unbridled with Trove, that it just tried any old thing with the game. While Adventures was a “safe” update, and it gave players things they’d long wanted for Clubs (guilds), it still added so much new to the game. It’s not easy for an MMO to make the kind of updates that drastically shift the theme of the game the way the upcoming Heroes expansion does. That’s simply because most MMOs are slaves to their own IP. They have to keep things in universe. In Trove, wherever the designer’s whims take them, that’s where they can take the game. It’s beautiful freedom, and I’m just now realizing how exciting it can be.