A mysterious island, lost for millennia to the currents of time, has emerged from the mists off the eastern coast of Jade Forest. Timeless Isle is a new area that will be added in Patch 5.4. 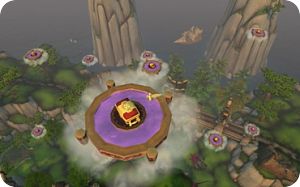 Speaker Gulan by The Blazing Way has special vanity items that cost Bloody Coin. To get this currency, you will have to World PvP.

To flag up for World PvP, you'll first need Censer of Eternal Agony, which costs 2500 Timeless Coin. On use, it sacrifices 90% of your health, turns you translucent, and makes you hostile to players of both factions. Killing players with this buff awards one Bloody Coin.

Here are the vanity items from Bloody Coin. Big thanks to user tmptfate for farming up so many of these items, like the Reins of the Ashhide Mushan Beast:

Several items sold by Mistweaver Ku were changed in a recent build to be completely different vanity items: 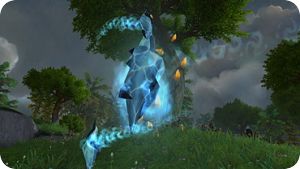 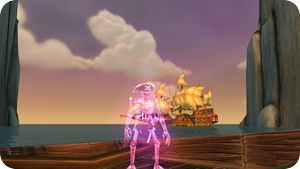 There's a unique subset of BoA consumables that appear to be a shared drop from rare spawns. These items have charges and can be mailed to alts.

Earlier rares like The Yowler in Mists of Pandaria dropped materials related to professions--there are some new drops like that on the Timeless Isle.

Rare spawns and vendors have new pets for you to collect in 5.4! 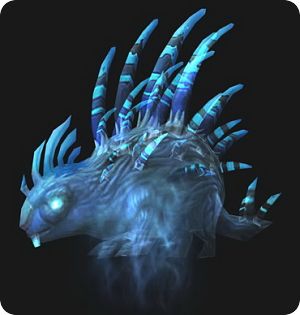