The goal for most players in the Elder Scrolls Online is to get to level 10 in a short time, because Alliance War battles in Cryodiil or PvP are only available for player over level 10. But most majority of players found that when they are around level seven, it is difficult for them to get  more XP required by level 10, finding themselves struggling most of time. In my view, taking 2 weeks to hit level 10 is too long.

This guide may be helpful to you on how to get to level 10 as fast as you can. 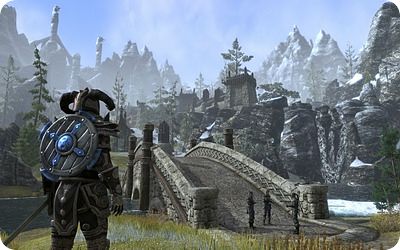 There is no shortcut for players to get through Coldharbour quickly. So you just have to grab your bootstraps and get through the zone. Anyway, to conquer Coldharbour is your first step, use your first skill point (on a direct damage skill) and move into the open world.

When you are at the first major town (like Davon’s Watch). What you can do now is to skip all of the quests here except for Fighter’s and Mage’s guild (just do the introduction lines to pick up the skill lines) and then move on to “newbie island.”

The first thing you are going to do is to change a few options, when you begin questing. Most importantly you’re going to want auto-loot and area loot on, to save yourself some time while looting. You’re also going to want to use any food items you find as soon as possible, they make a huge difference in how efficient you are.

You can find horse, if you have the Imperial Edition, buy one with one gold piece. Those horses are indicated on your map with horse’s head). This may be helpful for your journey.

Collect three skyshards and you get a skill point. This skill point can help much early on because it can give you another active skill or morph one of your early ones. Without spoiling their location, you can get hints based on the achievements for each zone.

The goal, when you’re on Newbie Island, is to fulfill every quest possible there and luckily enough there is an achievement that can track how many questions are unfinished. It’s for every starting island and lists the people you have yet to save. Saving all of them may be your best choice, because most of these quests are short, simple and productive in rewards. It’ll also give you a raft of advantages- you’ll out level the content you’re moving on to.

There are a large number of questions for you in this game, so you are going to do most of them before you move on to next place. Side questing is also very important. After all of people on this island have been saved by you, you can carry on the story quest which will lead you to newbie zone 1. 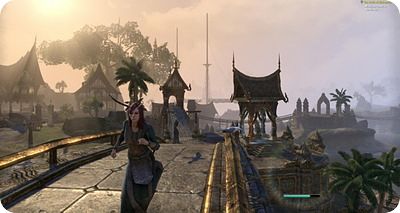 After newbie island, the first zone you will arrive at may be a little bit dangerous for you because this palace is shorter than the first land and a little bit tougher. Definitely, enemies here can give a challenge to you and you can be overwhelmed, plus the heavy use of pharsing can be disorienting. By now you should be level six and this zone will bring you to level seven and a little bit beyond, putting you at only needing a few more levels to go, which is easily doable in…

Then you will be at the major city you first seen at the start of your adventure after newbie Zone 1. You’re going to want to do this entire zone again, but because you did all of the quests at the start, you’re now have much advantages since most of the content in this zone maxes out at level 11 or 12 and you may be at least somewhere near level seven even at level eight by now.

The key of exploration

The most important thing here you are going to do is to meet as many as NPCs and finish their questions ready for you. It is not difficult, because they’re all located randomly throughout the world, the only thing you need to do is to explore this map, and talk to them. So just put on your walking shoes and roam the map.

listen carefully, the fastest way for you to level is to do as many as quests as you can when you are plan to begin your journey, so that you can build up a strong over-level for content in the first major map like Stonefalls. Failure to do so will result in you being under-leveled which will make questing hard if not impossible, with a lot of deaths and a lot of walking back, which is going to slow you down which means that  you are unable to get to level 10 quickly and have no opportunity to enjoy the fun of PvP like others.

In all , It is not difficult for you to get level 10 ( I can get to level 10 in one single day with a few super solid hours of playtime), keep those tips above in your mind and are very cautious about moving to the next map without cleaning the previous map. It can make an immeasurably vast difference and you can get all the easy XP with minimum effort.