SWTOR Kuat Drive Yards, comes together with the latest Game Update 2.6, is a brand-new and interesting Flashpoint. Players level 15-55 can join this flashpoint. There are two kinds of situations.

This flashpoint includes three randomized combat scenarios. You can complete them one by one. After your finish of the first zone scenario, you’ll unlock the next random one. There is only one random boss at the third zone. 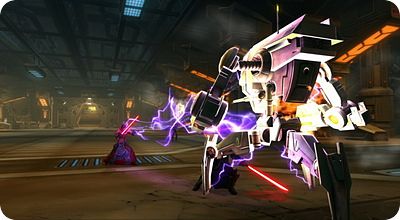 There are 5 random scenarios inside this flashpoint, All these scenarios can be completed solo, and be rewarded impressive legacy points. Rare mobs can be found inside the flashpoint. These mobs usually drop Green and Blue reputation trophies as well as KDY Construction Kit, all these reputations can be used for Republic First Fleet and Imperial Forward Command.

There are two kinds of bonus quests. The first type is specifically related to a scenario you are currently completing, while the “Sabouteur” (Destroy 20 Enemy Supply Drops) spreads over two scenarios. 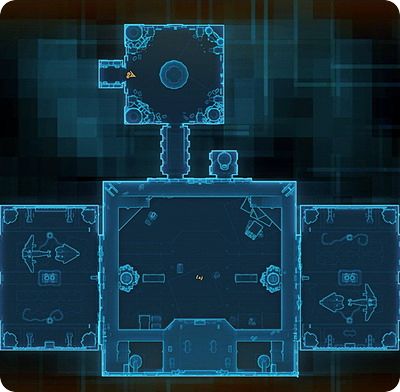 This hangar Bay Scenario is easy. You will encounter waves of enemies so as to defend hanger.
The enemies will spawn. You should proceed toward those groups and destroy them. In order to end this scenario you should defeat Enemy Command Team and secure the Hangar.

This area is a good place for scouting the rare mobs. Enter the hangar and you will quickly check out all the mobs here.

Cannon emplacement is a much longer scenario, which can be divided into two phrases. One is to disable two force field generators and the other is to destroy the cannons after disabling three Control Consoles.

The scenario requires a little bit more work than the previous ones. It consists of destroying 3 Munitions Stockpiles, Warheads, Bombs and Rockets, Missile Stockpiles and a Station Guardian Prototype.

This scenario has very interesting story. To complete it, you must acquire three Access Codes. Electronics, Propulsion and Weapons Assembler. In order to grab the three Access codes, you need to enter the following three rooms: in the Central room on the table, and in two rooms at the sides of the Central room. At the end of the Scenario, you should assemble the Ship Prototype and watch it burn.

I love this scenario because it is pretty interesting if you follow “light alignment”.  The goal is to access the cells and release the prisoners. Destroy two Security Power Panels in the central room, and you can receive this objective. This task can allow you to deactivate Primary Control Console and open the path toward two cell blocks.

You will meet five Bosses at the end of Kuat Drive Yards Flashpoint. It is a very difficult task for player to defeat these five bosses. 2-man group is a good choice for you to defeat them. After defeating them, you will be rewarded with two blue reputations trophies. The first one comes from a boss, when you complete this flashpoint you will get the other one.

While defeating Major Benes or Lieutenant Krupp you should be aware of some of abilities: 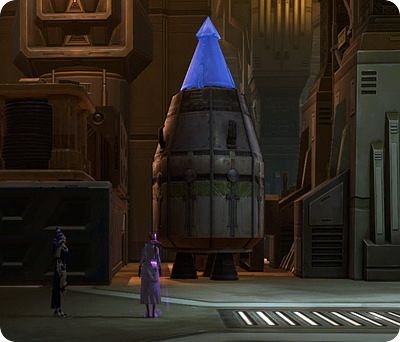 While fighting this boss, you'd better to move quickly and constantly. Be careful of the following skills:

One of the bosses that requires a lot of work. The following spells should be avoided or interrupted: