Summoners War is an amazing new game released on the iOS platform by Com2us, challenging us to master the art of monster summoning, evolving and fighting against other monsters in an RPG style that borrows some mechanics for collectible card games. 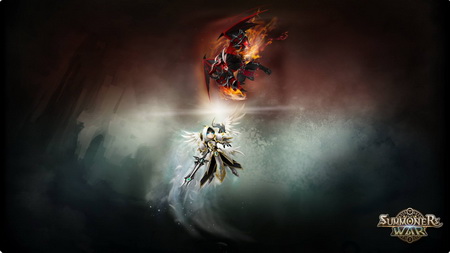 Learn the powers of your monsters

Take out enemies one at a time

Attacking all the enemies on the field is not a good strategy. Instead, focus on taking them one at a time: a monster than is killed and does no damage is better than three monsters with 1 health left. Analyze the enemies and take them out one by one based on the monsters you have.

Use the special attacks ASAP

Usually, each monster has a special attack that needs a couple or a few turns to recharge. In order to maximize the use of these attacks, start your battles using them, so that they fill up until you get to a new monster and you have time to actually use them more than once or twice per stage.

There is really no need to keep the one star monsters around since they are pretty useless, so instead use them to level up your three star or more monsters. It’s true that they will level up naturally through battle, but sometimes you just need to give them an extra push, so go to the Power-up circle and power-up the monsters. It’s a good idea to power-up those that you use most in battle, followed by new monsters that have to be powered up to catch up with the rest of the squad.

Friends are extremely useful in Sommoners War, so make sure you add as many as possible! You can find requests from people playing the game in the general chat section, or you can use Facebook to add more friends. Then, you should rack up on the Social Points to use the Social Summon a lot. You’ll be getting not so great monsters, but at least you’ll get a ton of material to power-up and evolve your existing ones. It’s the easiest and best way to do it, so add as many friends as possible as soon as possible!
previous post