In the oversaturated MMORPG marketplace developers have their work cut out trying to get their game to stand out. For Riders of Icarus, that claim of individuality is staked upon its mounts, of which there are over 300 to tame, ride and do battle with. Mounts are everything in Riders of Icarus: potential allies in combat, transport and even weapon buffs should you have the heart to distill them into a magical enchantment. The variety of potential mounts you can find throughout the game is also impressive, from standard enemies like wolves and bears to giant hawk-like aerial mounts and even dragons. 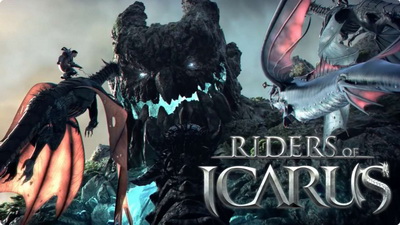 While at its core Riders of Icarus plays much as you’d expect an MMORPG to, the addition of mounts adds a surprising level of depth to many areas of gameplay, but none more so than combat. With both ground and flying mounts available, fighting enemies atop the game’s creatures is a significantly more mobile experience than it is in most MMOs. It’s still you and the enemy trading blows, but having a mount opens up plenty of extra skills and options, as well as allowing you to dodge and escape targets much faster.
Acquiring mounts is a matter of finding the beast you want, sneaking up on it, and then executing a clunky taming QTE minigame. Some creatures will require you to fight them before entering the minigame, while others will require a more unique approach, such as leaping on top of it from above. In essence it’s a slightly more tactile version of the capture system used in the Pokémon games. Early into the game the minigames are easy, but the mounts less exotic: getting your very own unicorn is painless, but don’t expect it to save your life in a battle other than by galloping away like a coward.
Mounts don’t just have to be mounts either. Certain creatures you tame can be used as magical buffs and weapon enchantments, though that does mean you won’t be able to ride around looking cool on top of your Woodland Joey. With the use of certain items you can also turn your summonable mounts into permanent companions that will help you in combat as an NPC would. These changes are all permanent, so caution is advised before turning a captured Magma Hound into a seal for a rusty sword.

If you’ve played a lot of MMORPGs then the bulk of Riders of Icarus’ combat will be familiar to you: find an enemy, click on them, then mash your ability buttons until they’re vanquished. There’s a Tab targeting system in place to help cycle through targets for larger battles, but for the most part it’s a simple case of trading blows with enemies until the weakest one dies. For the most part it’s quite tedious, but the range of skills that are available from even early on in the game brings a healthy level of variety to fights.

Mounts change combat for the better, making Riders of Icarus feel more like an action-RPG than an MMO. For starters, you’ll be relying on different weapons and skills when you’re on your mount, which means no sword and shield for you, warrior - instead, you’ll be using spears, halberds and crossbows to wage war from atop your adorable pet. Orientation and movement also come to the fore during mounted combat, making battles more engaging and requiring far more skill than the boots-on-the-ground counterpart. This is less evident during the game’s opening where mounted options are limited, but as the variety of weapons and mounts increases this way of fighting becomes essential to progressing through the world.

Once you’ve put enough hours into Riders of Icarus and are nearing its endgame content, the combat resembles nothing of what can be experienced at lower levels, with aerial combat, dragons, and 10-man boss fights becoming the norm rather than bashing thousands of forest critters to death. 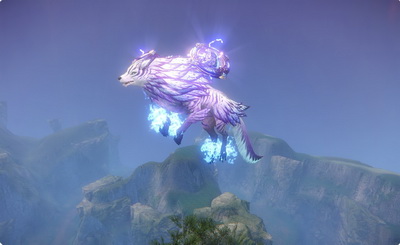 While it’s not technically a sandbox, the regions in Riders of Icarus are huge and packed with diverse areas, enemies and mission types. The famous MMO grind is definitely still present, but with mounts playing such a key role in gameplay, repeating actions feels significantly less sapping. You also get a lot of items and resources from fighting and exploring, which can either be used in crafting and quests or sold for money - it’s very rare that you feel like what you’re doing isn’t helping you progress in some way.

Riders is also an exceptionally pretty MMO, which makes spending excessive amounts of time within its castles, forests and skies easier than it should be - a feeling aided by the fact that each area feels unique and full of opportunities for exploration. There are also a mass of missions to complete, making it easy to acquire an unassailable list of objectives after speaking to just a few NPCs

Solo instances are frequent at the start of the game, and many of the new areas and objectives they offer help to keep the early game engaging and interesting. Mini-bosses are also a fairly frequent presence, and provide some much-needed challenge spikes. Although jarringly difficult, these encounters can be hugely rewarding, both in terms of sheer satisfaction and loot. 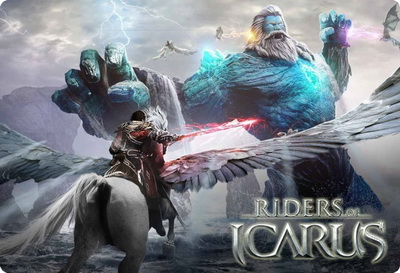 MMOs are a tough sell in today’s crowded market, but Riders of Icarus’ central gimmick might just be enough to set it apart from the sea of competition. It’s World of Warcraft meets Pokemon, as the vast majority of creatures you meet wandering the world can be captured and trained as loyal pets and familiars.

You’ll naturally take on quests, level up, gather crafting components, and improve your gear in ways that are standard for the genre, but the gotta catch ‘em all compulsion of creature collecting is a unique hook that gives Riders of Icarus its own identity. I got a chance to play a bit of the game ahead of its beta release, and I’m here to tell you everything I know.

The basics of Riders don’t feel fundamentally different from most MMOs. You have a hotbar of abilities with cooldowns you’ll have to manage, and you’ll use those abilities to defeat monsters and complete quests which will help you to level up. A combo system lets you chain together certain attacks for either more damage or an extra chance of causing status effects.

Monster training is where Riders gets its own identity. All classes are able to get into a sneaky taming mode, which will allow you to sneak up on tameable creatures and hop on their backs to start the taming process. A combination of minigame skill and some chance will determine if you’re able to capture the creature, but in the early parts of the game, there’s little consequence for failure. Just hit taming mode again and get right back up on that horse. (Or wolf. Or bear. Or giant spider thing.)

Newly captured monsters will initially be available to you as mounts, and will level up as they’re summoned and ridden. Each creature has a stamina bar that gradually drains as they’re summoned, refilling when they’re out of action, which means that you’ll have to swap through the available monsters to keep them in the field and leveling up. You can capture a stable of beasts and switch between them at will, but you have a limited number of slots to store them in.

Beasts start in mount form, but special items will let you make other uses for them. You can turn them into pets that will fight alongside you, or turn them into seal items that improve the capabilities of your weapons and armor.

In addition to basic monsters, there are named creatures that often have specific requirements to fulfill before they can be tamed. A certain spider monster required that I defeat a sorcerer and collect a special spellbook before I could tame it, and naturally it proved to be a more powerful companion than the standard creatures. 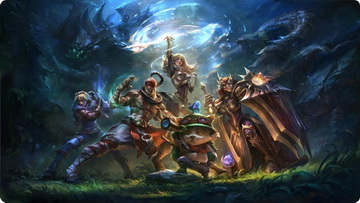 The class selection is fairly small, but your MMO archetypes are all covered. The Beserker is your front-line melee damage dealer, building up rage through their attacks to unleash chain abilities on nearby enemies. The Guardian is naturally able to soak up lots of damage, deflecting enemy strikes and launching powerful follow-ups of their own.

Assassins specialize in evasive maneuvers and swift attacks from unknown locations, able to knock enemies into the air and build big combo attacks. Priests can channel holy magic to aid allies and damage enemies, and can even control the the minds of certain evil creatures. The Wizard, finally, can control the elements, raining down fire, wind, and water in their most destructive form