The new season of the Diablo action-RPG style game "Path of Exile" developed by Grinding Gear Games company - the 3.7 Legion season. The update of the new season is still very large. The changes in close-combat systems have given the game a new fighting rhythm. About the details of the new season play which is most concerned by a lot of players, the main story has been further extended, related items and systems will appear in the new 3.7 season play. 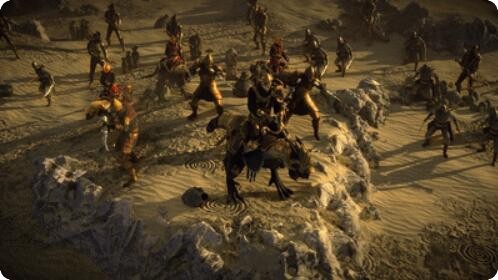 The content of 3.7 of POE revolves around the theme of the battlefield. For thousands of years, the most powerful military leaders in the history of Valklas have been trapped in the field of eternal war and engaged in the eternal war. In the Legion season of Path of Exile, players will confront them and end this never-ending battle, li berate them from endless battles.

In the main story of the 3.7 season, the game has a very detailed portrayal of the major military leaders who were trapped in the battlefield. In the process of advancing the story, players will face many challenges. After the victory, there will be an unprecedented reward and treasure waiting for the players.

looking for challenges and ending the last 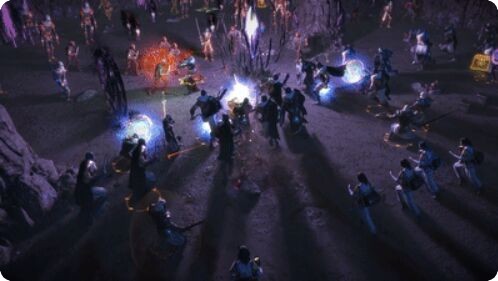 You will find many stele when you explore Valclas in the game. Mark these steles and the battle of the ancient legion, frozen in time, will be presented to you. Destruction of the stele will release monsters, but like before, the time of the battle is strictly limited, players need to prepare in advance. 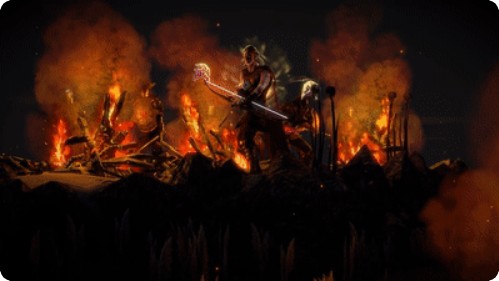 With the advance of playing, you can synthesize the Symbol of the legion by collecting the Legions Splinters from the five legions. Place two or more different Symbol of the legion on the Map Device to enter the Domain of Timeless Conflict, where the season-themed Eternal War will happen here. After unlocking and upgrading Map Device, players can intervene in the ultimate battle of the five legions, acquire greater achievement and end this endless war.

The monsters of the new season will be very powerful, which requires players to make a more accurate assessment of the risks they will face. However, the more difficult the challenge, the more rewards will ultimately be.

During the season of Legion, there are some monsters with display symbols that could drop specific items. For players who are happy to collect all kinds of items, I guess they would like to intentionally repeat to kill these special monsters until finishing the collection. Sometimes they will drop the Incubators, which is also a new type item launched in the 3.7 . They can adjust equipment after defeating a certain number of monsters.

At the same time, in the battle with the five legions, there are opportunities to obtain unique jewels, which can insert into talent trees, each of legions corresponds to a kind of jewels. These five jewels can adjust the passive skills of the character in different ways. If you get one, you can customize your character in a completely new way. 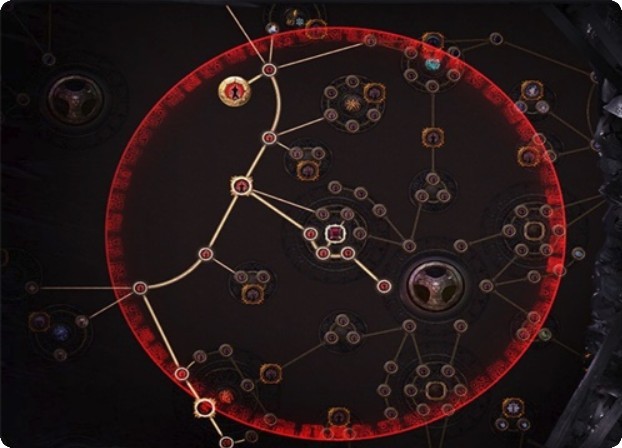 These are the relevant ways of playing of the season of Legion. It can be seen that in the new close-combat system, the content of the new season can be said to be challenging and interesting. The new combat environment brings more challenging battles, while the new items allow players to further customize their own character and develop their special BD. I believe this dark fantastic game will not disappoint.

The first Path of Exile expansion for 2019, Synthesis is coming. Developer Grinding Gear Games made the announcement, alongside confirmation that it will launch simultaneously across PC, Xbox One, and PS4 on March 8.

The setup of Synthesis is fairly straight-forward, in that you'll meet Cavas and fight through his memories to help him, err, recovering them. Via memory fragments.

A Mysterious New NPC: In Path of Exile: Synthesis, players will meet a new NPC called Cavas and help him recover his lost memories by fighting their way through them and then stabilising them to collect a fragment of that memory.

Synthesize New Areas: Cavas' memories can be combined to synthesize dangerous and unstable new areas that players can run for valuable rewards. Players will discover many strategies for combining memories for maximum rewards, including challenging boss encounters and their valuable treasures.

Fractured Items: While exploring Cavas' memories and areas synthesized from them, players can find Fractured Items, a new type of rare item that has some of its properties locked in place. These properties can't be modified by random crafting actions performed on the item, which makes them a powerful way to craft efficiently.

Betrayal goes Core: Due to popular demand, December's Betrayal League is being integrated into the core game as evergreen content.

Balance: Path of Exile: Synthesis includes a balance focus on spellcasting, especially around improving hand-casting (casting a spell naturally without using a totem/trap/mine to do it for you). This process includes a numerical balance pass over all offensive spells in the game.

New Archetypes: With its emphasis on spellcasters, this expansion also introduces two new character archetypes - the Chaos and Holy casters. The new skill and support gems added for these archetypes also affect dozens of other Path of Exile builds that might find them useful.

New Items: Like any Path of Exile expansion, Synthesis contains masses of valuable new items to find and hoard. Alongside the new Fractured and Synthesized Items, players can discover 16 new Unique Items and 16 Divination Cards designed by Path of Exile's supporters.

The Atlas has Shifted: The Atlas of Worlds (a chart of Path of Exile's end-game maps) has been updated, with new positions for existing maps, and many more secret player hideouts to discover attached to these maps.

The new version of "The Road to Exile" - the S11 “Delirium” has officially released on March 16, 2020. Come into the unbelievable phantom world and witness the birth of fear and defeat it! The New Delirium Copies, Nightmare Orb, Cluster Jewelry, Talent Tree Expansion, Renewal of the alien land, New Skills and New Assistance, Powerful New Items are waiting for you.

You will encounter the "Delirium" in the S11. The erosion of the mist will not only bring many new boss battles, the existing enemies will also gain ferocious power. The scary demon is lurking in the rare and legendary monster groups.

You can expand the talent tree by placing cluster jewels in the outer jewel slot. Furthermore, it can also strengthen the talents, gain the ability from 280 new core talents, and even connect additional slots to the inner ring talent. This is the most significant improvement to the custom Build genre by bringing in sublimation professional!

In the map of S11 competition, you will meet the conqueror when you finish 5 maps. In the meantime, you can update the sextant by using three sextants.

You can control the intensity of the fog by using the Delirium Orb on the map of the phantom world. If you have Delirium Orb, you can make the entire map become a State of Misty. A individual orb can generate a challenging war. You will get ultimate difficulty and ultimate reward if you have five orbs.

The S11 competition will bring four kind of new skills and three kind of new assistance orb. Inheriting the classic style of "Path of Exile", their designs are more focused on diversity and the diversification of game experiences.