GW2: Necromancer-leader of the Undead

Necromancer the leader of the Undead

Guild wars 2 has eight professions, with each one you can enjoy it with its own specific charming part. Each of the eight is extremely unique. Before I make a comment of my own Necromancer experience in GW2, I would like to show you guys something taken from the official site, a detail introduction of different deathly tricks of Necromancer. Those tricks won’t disappoint any player who loves fantastic dark magic. 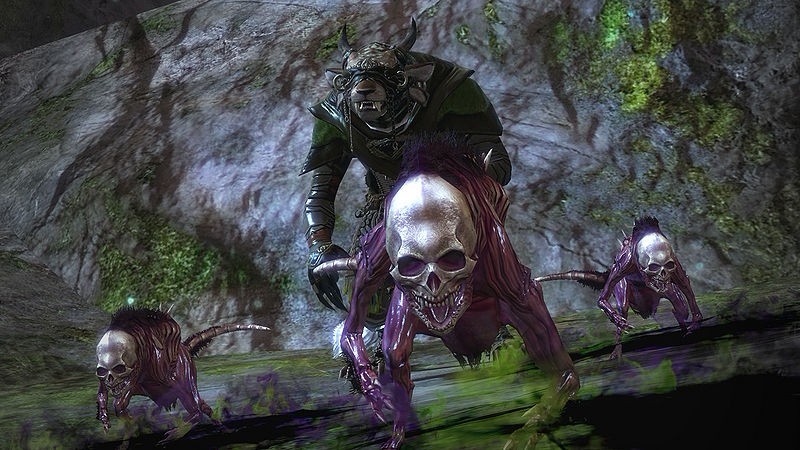 From the official site, these are some of the mechanics:
Wells—Wells are persistent spells that allow a Necromancer to control the area around him. Created at the Necromancer's location, wells affect targets within the skill's range.
Minions—The Necromancer summons undead minions to attack foes and do his bidding. Every minion-summoning spell has an associated secondary spell that appears after the minion has been summoned. This secondary spell destroys the minion while providing a powerful effect to the Necromancer.
Marks—Necromancers can also place marks--ground-targeted spells with a variety of potent effects. For instance, Mark of Blood damages enemies while placing a regeneration boon on nearby allies.
Fear—Necromancers use a condition not available to any other profession: fear. A removable condition, fear makes an enemy flee directly away from a Necromancer for a short period of time.

The Necromancer do not just use traditional magic weapons. They expand, such as an axe. And they are very cleat about how to use them. While I switched my character with melee style weapons, it seems to turned into super blood lust mode. So I was like to keep this handy in case of unexpected things. It worded in a direct and concentrated way. Also, I like to use this setup when being alone. The skill of signet is the one I love, which gives me the ability to revive a fallen player near me promptly. The damage I could done with this profession makes me feel like I was a great DPS, meanwhile could stand with last frontier for my team. This magic balance takes me to the result of playing this profession again. 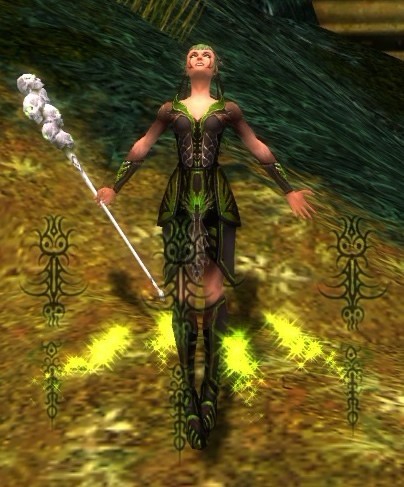 I have played all of the eight professions since Guild Wars. And I have to say Necromancer is the one of mine. When I heard GW2 will keep this profession, I just can’t stay waiting for playing again the one profession: Necromancer! It is better in GW2 that ever before. I was attracted immediately by its aggressive character. Even when I use the skills of support, they will finally tend to hurt the enemy. I have the feelings of being offensive is why I like this profession and perform well on it.

Actually the appearance of Necromancer wasn’t my favorite, as I have compared the starter armor with the sweet Necromancer Asuran armor I had from the first game. The later one was a light armor with cloth and leather, making a more fashionable look than the one protective. The appearances of this profession just vary from each race. A human Necromancer looked more gothic than a Charr. I was interested with seeing how different it will be of the other races’ look. But I am finally hoping to see a more threatening and dark look for the high level armors.

The skills seemed really clean and elegant. I enjoy seeing the undead walks and tear things into fragment, as well as the erath under your feet fading and dying. They brought me the feelings I am expecting. But over all the one catch my eyes is the casting animations. The evil feeling of Necromancer fits well with their posture. And my favourite is when they do attacks, even a basic attack, you can feel dark ennergy floating through their movements. It seems like the unnatural dark powers were respecting the Necromancer, surended under their confidence.

Are you ready with the many minions, the wells and the ablility of driving off your enenies with fear? It’s a great of fun. At least I was impressed.

Guild Wars 2：Mesmer-master of the mind