Twisted Marionette, the leading enemy of this Living Word event, which can lead us to more knowledge about Scarlet Briar and her plans. We can get most profit and exclusive gear and recipes in this event, so I highly recommended you try to achieve this event. 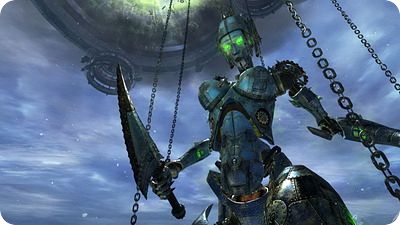 Before attacking the Twisted Marionette you had better display the map in order to keep a close eye on which lane needs more people moment by moment. Every land needs about 20-25 players, so you can deal with both countless mobs spawning in the lane and the Champion which spawns inside of the Power Regulator areas

In Lane one you will want to seek to a way to tackle a unique Champion with certain rules, go ahead and skip down to where the champions and tactics are listed out

In any of the rest lanes you will have to face numerous mob spawn. Strong AoE damange is your best choice here and some strong stacking of conditions such as torment and bleed are also useful here.

In my personal experience, four things I think you should focus on is food, utility, Fire Powder and Mortar Seed Turretes. Utility buffs and Food should be geared towards a boost towards damage with power or critical chance; while Fire Elemental Powder and Mortar Seed Turrets are for assisting can cause extra damage to mobs during the lane phases.

Phase one is defending the lane against a constant wave of Scarlet’s minions, then to deal with the Champion Warden inside the Power Regulator areas.

Phrase Two: When the portal of a certain turns green then all players rush into the Power Regulator area. Here the lane is divided into five different arenas. All players were randomly assigned to five teams; each team has at most five teammates.  Every team must knock out a Champion Warden and the Power Regulator within two minutes.

The first lane to enter is the one at 6 o’clock (the southernmost lane). The lanes after each other are in a clockwise order.

Each lane starts at Phase One when the event begins. Once the phase one is finished the Phase Two will begin at a time in a clockwise direction. Whether successful or not, Lane One gets access to phase two first, and then move on to Lane Two. Then so forth and so on. Generally speaking each has chance to Phrase Two, unless one lane really fails at the task of protecting the portal in Phase One. 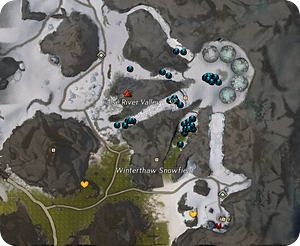 At first, players gather up around the icomic at the head of the lane and help them to attack the watchwork creatures that spawn nearby. At the same time some of other players may stay somewhere near to the portal to ensure that the other mobs that spawn cannot dig in and cause troubles to those players who are trying to destroy the Power Regulators when that time comes.

Power Regulators and the Wardens

The location I marked is where the lane is split into five different arenas upon activation of the portal. Each area needs 1-5 people who must fight against one of the Regulator Wardens in order to destroy the Power Regulator. Each lane will need 20-25 people in it so each arena is filled with 4-5 people.

Whole five teams need to defeat their regulator warden and Power Regulator within two minutes in order to unlock the chain. If any group fails the entire lane fails and the Aetherblade Cannon is filled a quarter more. I must notice that if a lane fails to break the chain on their turn. The Champion they fought will move on to the next lane. That is to say, all wardens need to be killed in order to defeat the Twisted Marionette.

The table below is very important, which can give you some quick ideas about the Regulator warden and what Marionette Achievement is tired to the Regulator Warden you fight. To get these achievements your lane must complete Phase Two.

Regulator Warden I: It is an easy Champion. In order to defeat it, you need one player to attract its attention at the same time the rest players attack it from the sides or its back.
And in general, it’s quick and easy.

Regulator Warden II: You can’t hurt it when it spins so you must kite the Champion onto the mines which dropped by itself when spinning. Then it’ll become stunned for a long period of time where you can attack it with solid damage.

Regulator Warden III:  Range and dodging skills are very useful here. Its missiles can one-shot you so dodge may be your best choice. If in melee it can one-shot you with a leap attack so keeping a certain distance important.

Regulator Warden V:  one mob may spill into five mobs when it was destroyed. Just stack on top of the power Regulator and DPS is down. AoEs in particular proved useful here. You must keep in mind that there exists a portal sickness rebuff that appears after your lane enters Phase two. This debuff lasts about 4 minutes ,so this can enable  Lane 1 and Lane 2 can assist lanes 4 and 5 to help them to attack their Wardens .Meanwhile, you will still need to have players to protect the lane otherwise the leak from the mobs hitting the portal will bring about your failure 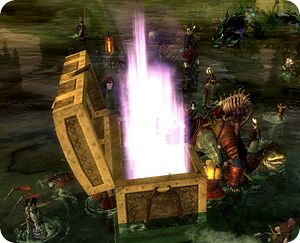 You will be rewarded with a  large chest, as Hoard of the Marionette V and a few achievements, if you hadn't already gotten them before.

You will be rewarded a Hoard of the Marionette, it depends on how many chains you tried to break. Of course, there will be death also.