After copious hours spent this past weekend in Guild Wars 2’s first closed beta event, I think it’s important to bear that document in mind, because it’s really the first time that a game has had such a distinctively solid idea to live up to, and it’s even rarer that a company will make such a manifesto and try to really define themselves like that. 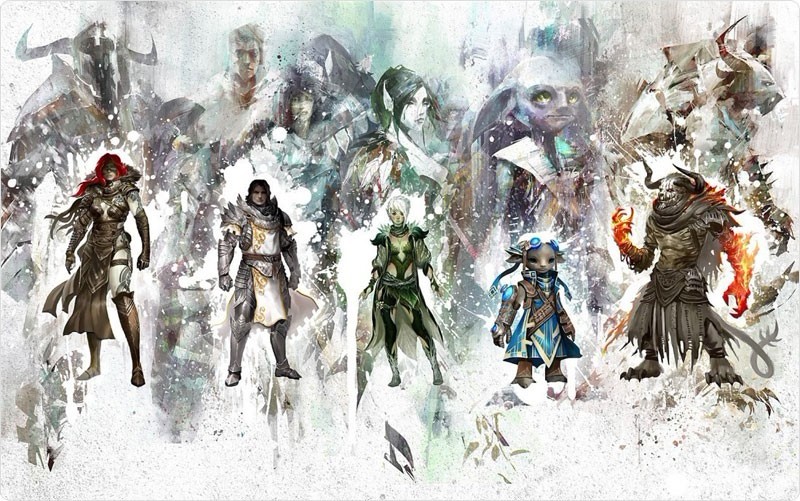 I didn’t think that other companies would nail this so soon after SWTOR. But, while not quite as cinematic, Guild Wars 2 does an excellent job of making you feel like a special little snowflake. With a main quest-line that changes depending on your choices during character creation (and each race is entirely different), there’s a great deal of replayability here.

Holding GW2 alongside SWTOR, it’s clear that we’re experiencing something of an MMO revolution: games that actually want you to care about the storyline, and are prepared to put in the effort to make that happen. To this end, GW2 incorporates small cutscenes during important story-based moments, and personalised instances you can travel into where you story unfolds. The voice acting is unfortunately a little bit on the cheesey side, but the stories themselves are good fun and don’t go out of their way to beat you around the head with in-world lore like Amalur. You get to make choices about which quests to follow or who to agree with, and although the limited playtime of the weekend means that it was impossible to see the full results of the path I had chosen, the tantalising beginnings of that journey were very much in evidence. 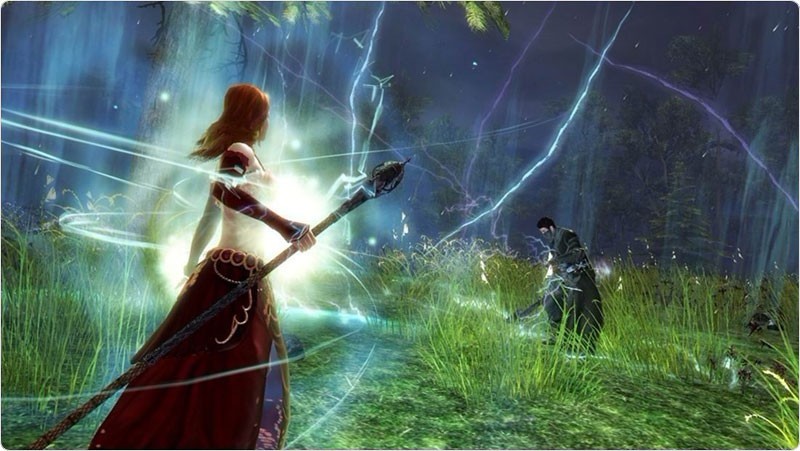 When you are joining the standard PVP battles, like the 5v5 and the 10v10 scenarios, the one thing I noticed immediately was that GW2’s mechanics are designed from the ground up for PVP. Rolling and dodging out of the way of enemy attacks only to launch a blistering combo as they struggle to realign is a beautiful thing, and the completely configurable skill system means that once you’ve got a taste of the enemy’s favourite tactics, you can adjust what you’re packing to match. Even though you're scaled to level 80 for your battles, the simple ten-key ability system means there's no down-time while you figure out what you're capable of. It is a very, very clever system.

From the Mists you can also take part in the World-versus-World gameplay that has been much-touted on ArenaNet. The WvW gameplay is nothing short of huge, siege weapons, dynamic events, underwater attacks, trebuchets, ballistae, explosives… these fortnight-long wars will be the talk of the town once everyone’s had a taste. We had three-faction PVP this good. Aften an hour of wandering this enormous landscape and killing/being killed in the occasional duelling/ganking experience, I quickly realised that one did not simply dip their toe into WvW.