EA Sports appear to have released FIFA 18 on EA Access overnight and should be available to download for any subscribers this morning.
As a reminder, the Electronic Arts subscription service costs £3.99 for a month, but will only grant players access to FIFA 18 for a maximum of 10 hours.
And remember, EA Access only works on Microsoft's Xbox console and PC (through Origin Access). Sorry Sony PS4 users!
If you're a Sony PS4 users, you'll have to wait a few more days for when early access begins for owners of the Ronaldo or Icon editions of the game. 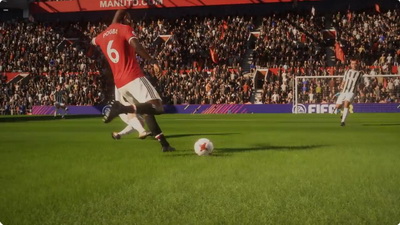 The FIFA 18 FUT Ultimate Team Web App is now live, in conjunction with the games first TOTW 23 man squad.
It's even more likely that the game could launch later this evening for EA Access users, but in the meantime enjoy opening new packs for the game and trading within the in-game transfer market

FIFA 18 is still DAYS away from release, with an official launch date of September 29th and while there are no doubt ways to play the game early from owning the more expensive Icon and Ronaldo editions of the game, the best way, is easily through EA Access.
The Electronic Arts subscription service costs £3.99 for a month, but importantly, it will give you access to a huge vault of EA games, and more specifically, early access to FIFA 18 on Thursday, September 21! 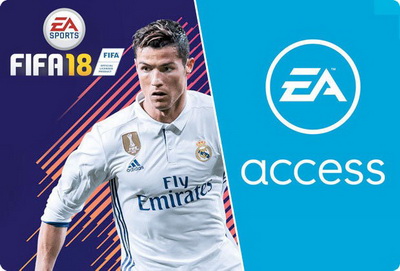 Admittedly, it only lets you play the new game for a maximum of 10 hours, but for FIFA 18 FUT (FIFA Ultimate Team) players, that's a very important 10 hours to earn in-game coins for the transfer market before prices get inflated and incredibly silly.
And remember, EA Access only works on Microsoft's Xbox console and PC (through Origin Access). Sorry Sony PS4 users!
It's possible though that the EA Early Access period could launch a little sooner, as indicated by the FIFA 18 experts at Futhead and their guest columnist, the FutEconomist .
"While the official release date of EA access is set for the 21st, in previous years and in other games that offered EA access (i.e. Madden) the release came sometime the evening before," explains the FUT Expert.
This would, technically make sense given that EA Access has not pre-load feature for the game.

Assuming you take advantage of this great opportunity, the FutEconomist has some very simple do's and don'ts that you need to follow.
Especially if you want to maximise your 10-hour stretch with the game to ensure you get ahead in the games ultra competitive FUT mode before general release.