The Crusader is a new class for Diablo III . Resourceful and resilient, Crusaders are an entirely different breed of holy warriors, trained to wield sacred powers unlike any before, firstly being added with the Reaper of souls expansion. The class is based on the Paladin from Diablo II, who has mid-ranged spells at his/her disposal. The Crusader uses Wrath as his/her energy resource, and uses battle magic to strengthen allies and weaken foes. 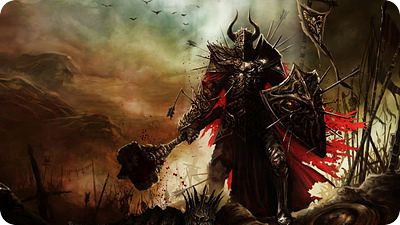 the Crusader is the definitive tank class. Protected by heavy armour and shields as well as passive skill ,He/she is better suited to simply standing there and soaking up dangerous boss attacks than any other class, can provide other players opportunity to waste less time running away instead of doing damage.

The Crusader has a variety of skills, including "laws" skills ,which can contribute others in a group, as well as protect others in the group with taunts and stuns. Armored by faith, driven by duty, bound to kill the enemies, with a shield in his/her hand ,not much can shake a crusader.

The Crusader is driven by Wrath instead of a mana ball. Certain Crusader Skills generate wrath and while others deplete it.

The Primary skills all generate Wrath and these should be your main attack abilities, while your secondary skills use up your Wrath. Most other Crusader abilities are based on cooldowns, although some also require some Wrath to activate.

one strong attractive features in Diablo 3 is amour appearance. I personally like the appearance of Crusader because of their armor sets look like so vividly that they could be pulled from real life images from the Crusades, and higher level looks come from stylized movie interpretations.

The crusader class has 6 different skill types similar to the other classes in Diablo 3 . 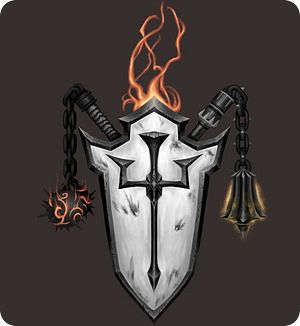 Primary Skills – Used to generate Wrath through various attacks each generating 5 wrath, they are Slash ,Punish ,Smite and Justice.

Secondary Skills – You more powerful attacks that form your basic rotation, but these consume Wrath instead of generating it. These include Shield Bash, Sweep Attack, Blessed Hammer, Blessed Shield, and Fist of the Heavens.

Defensive Skills –can strength you and your teammates. These include Shield Glare, iron Skin ,Consecration and Judgment.

Utility – These are generic utility skills that cover taunts, mobility, and more.  The skills in this section  include Provoke, Steed Charge, Condemn, and Phalanx.

Laws – These are dual purpose buffs that provide short term large benefit abilities when used as well as longer term buffs for you and your party after the short term effect expires.  They are the Laws of Valor, Laws of Justice, and Laws of Hope.

Conviction – These are various high damage long cool down abilities. They are Falling Sword, Akarat’s Champion, Heaven’s Fury, and Bombardment.

Similar to other classes in Diablo 3 there are several different directions that you can choose. The principle of development for Crusader basically should be maximum damage output or maximum survivability .

Crit Damage is best kept in a ratio with Crit Chance.  For every 1% point of Crit Chance you gain you should look to add about 10% Crit Damage.  This is relatively easy to get through a gemmed weapon.

Resistances are just as good as armour, but you need to make sure they are valid.  +Resist All is pretty much the same as armour, but stacking just a single resist needs to be considered as far less valuable.

The above two way are the ideal direction for max damage or survivability, but the reality is, it is impossible for you to get two maximization. Killing enemy fast but dying quickly with a sight hit or surviving forever but being unable to do any damage to a monster are two dad ways for crusader. Finding a  balance between killing and living need more consideration.

The main way of leveling is to kill enemies as fast as you can to pave the way for yourself. For any player from levels 1-20 this is can be done by grabbling pretty much any skills you like as they are ready for you. However when you at level 30 and are playing higher than normal difficulty you probably want to switch to something by which you can burn through lots of enemies by keeping your Wrath levels high. 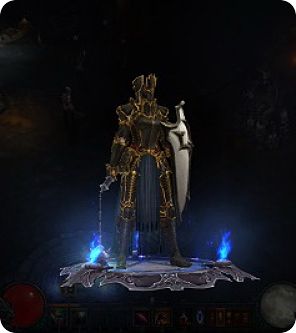 A solid leveling build is:

Passive Skills – Righteousness, Fervor, and Insurmountable (if using a 1h weapon) or Heavenly Strength (if using a 2h weapon so that you may still equip a shield)

There are several kinds of max level builds that work. Some emphasize damage while other focus on survivability. In general ,unless you always play with a group and are there to keep attention away from casters, it is almost always better to go for damage. There are melee and ranged damage builds, you can choose at will, generally, ranged may be safer, but then  again there are other classes that do that.

There is a Strong melee damage build which is good for both AOE damage to eliminate monsters quickly or single dangerous boss.

Passive Skills – Righteousness, Finery, Wrathful, and Insurmountable (if using a 1h weapon) or Heavenly Strength (if using a 2h weapon so that you may still equip a shield)