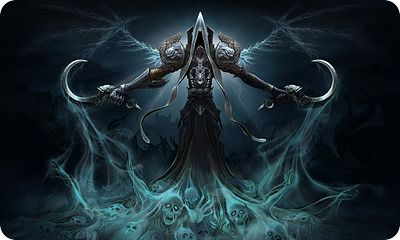 With the Reaper of Souls expansion launched, the difficulty levels of Diablo3 have also been changed. This change makes many players a little bit confused about what on earth these new difficulty levels exactly mean. So, if you’re also interested in what each level is and why you can play other levels not merely normal, this is may be helpful for you.
What difficulty levels are available?

For your new character, you can choice three different difficulty levels: Normal, Hard, and Expert.

After you have defeated the game, a fourth difficulty level, called Master, will open up for you.

These final difficulty levels are Torment 1 - 6 and you can choice them when your character has reached level 60.

What do the different difficulty levels do?

Generally, with difficulty level increasing, the monsters in the game become harder and more vicious. But in return for your hard working job to kill them you can get extra gold and experience. At higher character levels and difficulty level there are other bonuses as well. 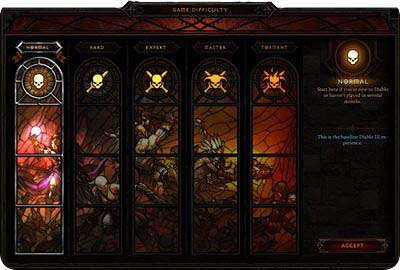 This following chart shows the extra health and damage that monsters will have at each difficulty level.

There are also other difficulty bonuses?

In adventure mode, or at high difficulty levels, you can find other bonuses:

What difficulty should you play at?

This is a bit difficult to answer as it changes all the time based on your gear and level. Unlike the previous difficulty system that Diablo 3 had before Reaper of Souls features its new variable difficulty system based on your level. Monsters now all scale on the fly to your monsters level and in theory you can fight against monsters from normal or torment 6 when you are at level 1 To find out what level you should paly is not a difficult thing, you can choice according to trial and error. This is helpful when leveling up a character. Ideally, if you want to get double experience you can choice hard level even higher levels. However, because you have low probability to find a great item, which drives you, jump up to expert or master level. However, after 3-5 character levels you may have to drop back to hard. Try to choose appropriate difficulty base on the one where you can defeat elite packs in no more than 50% longer than the previous difficulty. If you take more than that amount of time, you’d better to drop down in levels.

One thing you should bear in mind that experience gain and item drops all based on the number of monsters you kill. if you can kill a monster on a higher difficulty but it takes you twice or more as long, you are actually losing time and drops. But there is one exception when you at Torment level difficulty, since sometimes you can get an extra chance to drop legendaries and the special torment only level 70 legendary and set times. These extras bonuses is a big reason for you to play at torment above the normal 50% time limit discussed above, but not pass the double time limit discussed here.

This is what all players want to find out. While being able to figure out what difficulty to play with at low levels is a little important, most players are only really worried about difficulty levels once they hit level 70 and are trying to complete rifles in adventure mode.

Most players care about their sheet damage when before going into different torment levels. In fact, it is difficult to give you exact numbers and the reason is:

The character sheet damage is not highly accurate and cannot give you realistic performance in game.

Because of these variables, it is possible for a well thought out geared character that only shows 500,000 damage to significantly out damage a character showing double or even triple that number, a Barbarian can get by with less than a Wizard, while a Demon hunter will generally need higher numbers. When you at higher torment levels, the numbers get even incorrect as gear, skill, and group combos become far more important. Therefore, the numbers shown here should only be considered a rough reference rather than definitive numbers. Lastly, all number should be looked at prior to applying any buffs.

There is also something else that can help you to decide which Torment level is good to you. Try to run the Torment level solo and if you can clean a rift at the torment level you want to play in a group game in less than 15 minutes then you are ready for that level in a group. If you cannot solo that difficulty within 15 minutes we just talked above, or it takes much more that time for you to complete the rift then step back a level and try again.

Messiah's Take on the Difficulty System

By now I really like this dynamic difficulty system in this game. It can be a bit tricky when bouncing back and forth between characters to figure out exactly where you should be. But this also leads to many players become more confusing when planning to join a public group. 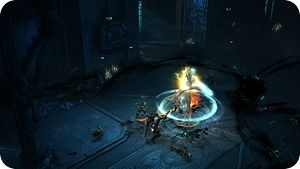 Personally I really favor this open and flexible nature of the system. The system will allow you join any level game with no regard to your gearing level, which is free to come and go. While I would like to think that everyone realizes that fast kills at a lower level gets you more experience and gear, they don't. At the same time there are also not ready to tell players that they are in a level which is too high for them, even if it is the truth. Therefore an enforced system (even if generously lax) from Blizzards end could help a lot in public games. The only other option is to play with friends or community/members rather than play public games.