1. Be Patient With Your Offensive Approach 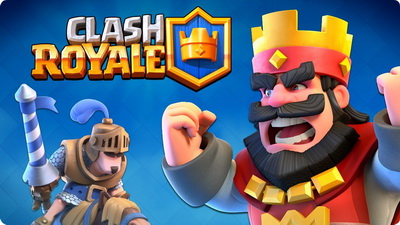 • Clash Royale takes the Clash of Clans formula and mashes it up with card battling mechanics. A lot of the same troops and magic attacks you’re familiar with are included here in trading card form. On the battlefield, it may seem like a good idea to rush the attack and take down your opponent as quickly as possible. But during the opening moments of a match, start out slow with your offensive strategy. Don’t freak out too much when you find your towers are getting attacked; stay calm and send out your troops according to your strategic plans. When you do take down at least one Rival Tower, that’s the time where you should ramp up your attack and grab the win as fast as possible. As the time winds down to its last minute and seconds, the rate at which your Elixir refills will double. This gives you a chance to put even more troops on the field than before


2. When You’re Ready to Lay Waste to the King’s Tower, Blast it With Fireballs and Arrows

• Here’s an important tip that you’ll need to take heed of – once one of your opponents’ Rival Towers go down, its King’s Tower will begin attacking you. That super important tower will also start attacking you once you hit them first. If you think you’re prepared to beat ’em down early or the King’s Towers’ attacks are starting to rev up, throw some fireballs and arrows its way. The King’s Tower is a strong foe, but a combination of those attacks plus the assists of troops that are already on the field should whittle its health down in no time. To be quite honest, your collection of fireballs and arrows should only be used on the King’s Tower. Using those attack cards in any other manner works just as well, though. 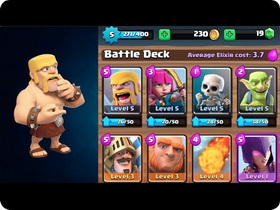 • Pay close attention to your Elixir meter as you pull out new cards and put ’em into play. Fight the urge to put out a powerful troop at the beginning of a match; play the type of cards who’s value reaches up to a max level of four. Use smaller units at first in order to flood the battlefield and whittle down your foe’s tower health. It’s better to let your towers wipe out the smaller troops attacking them instead of spending Elixir to spawn a card in order to defeat them. You should only spend some Elixir to spawn a powerful troop when you know you’ll have enough to spend on another troop right after. Don’t be the type of player who overspends Elixir and has little to none to work with against an overwhelming force.

• When it comes to the troop cards you’ll want to definitely carry into battle, we have a few favorites. Goblins and Super Goblins are cheap when it comes to spending Elixir, so it’s easy to throw a bunch of ’em on the battlefield. Archers are great long-range troops who you should set up near your towers. Baby Dragons can avoid the attacks of some troops, plus its fireball attacks have the ability to wipe out more than one troop at once. Barbarians pack a lot of HP, which makes them great “Tank” type characters who last a good while and can tear up enemy troops quickly. Golems are the strongest troop type there is, so throw one out near the ending moments of a match to nab the win ASAP. Giant Skeleton, Minion Horde, Wizard and Prince cards come in handy too, so adopt a strategy for them that works for you.

5. Getting New Cards Takes Some Time, So Here’s How Long You’ll Have to Wait for Those New Chests to Open

• If you’re press for time, chances are high that you’re gonna spend a few gems to open up newly obtained chests immediately. You’ll be granted access to new cards just by cracking open any chests that come into your possession. From time to time, you’ll be lucky enough to gain a Rare or Epic type card. If you’re patient, then you shouldn’t have much of an issue waiting the allotted time needed for a chest to reveal it’s goods. Free Chests open up as soon as you get ’em (you’ll get a new one every four hours), plus Silver Chests take three hours to open. Golden Chests take eight hours, Magic Chests take 12 hours and Crown Chests open up instantly (you’ll get a new one every 24 hours). For the last two chest types in the game, Giant Chests take 12 hours and Super Magic Chests take 24 hours to open. 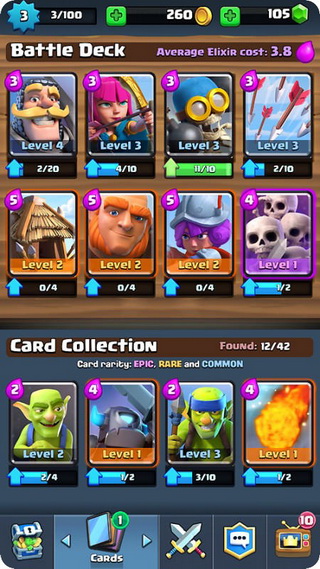 6. The Best Time to Break Out Your Poison Spell

• When you finally add the Poison spell card to your deck, make sure you use it during one specific situation that happens during every match. When you see your towers getting a bit flooded by enemy troops, it’s best to hit them with this gaseous cloud of death. That way, you’ll be able to slow the march on incoming enemies and open them up for more attacks from your towers. The Poison spell card also helps give your troops an advantage since they’ll have an easier time wiping out poisoned troops. The Poison spell card costs four points of Elixir, so it should be easy to break it out when the time’s right. 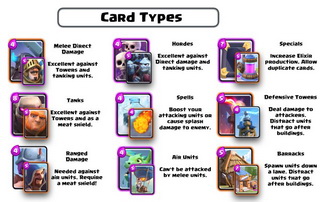 • In order to reach higher arena ranks, you need to win those online PVP matches. The better the arena, the stronger the opponents and cards you’ll come across. So the starting Training Camp is a basic tutorial camp where 12 cards are unlocked for you. Check out the list below to see the arena breakdown, the Trophy Ranking you’ll need to enter it and the number of unlocked cards you’ll get:

9. Taking a Few Losses in the Early Stages of the Game Might Pay Off for Your Card Collecting 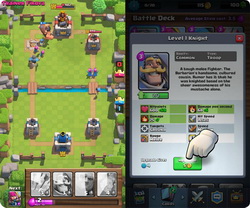 OnAScreen.com dropped an interesting piece of advice for players who want a higher percentage chance of getting the cards they truly desire. Taking a few losses may just be the way to go during your early progress with this mobile card battler:
“Early game epics seem to be the most useful, including the Witch, Prince, and Mini P.E.K.K.A. As you go into new stadiums, more cards unlock, meaning your odds of getting the card you want go down. To level up these early cards the fastest, you will want there to be as few other cards that can come out of chests as possible. To do this, lose. Yes, you read that correctly, lose. Get back to 400 or less trophies. Once you get there, open all the chests you have. You will now get the rare cards you need to succeed at a higher level.”

10. Be Smart About Your Gold Spending

iDigitalTimes.com wanted players to know that they should be be extra careful about how they utilize their gold fund:
“It’s very tempting at first to upgrade every card you possibly can, but it’s far more effective to be choosy about your upgrades. Generally, I’d stick to upgrading mostly common cards since they are cheaper. Also, only use your gold to upgrade cards you know you use frequently and like. Free chests are given to you at regular intervals and you get a chest when you win a battle so you will be able to upgrade other cards along the way from the goodies you get in those chests. Gold is really hard to come by in the game, so being careful about how you spend it will make a difference for your deck and the number of battles you win.”