The much-anticipated mobile MMORPG Black Desert Mobile, was finally unveiled to the public.

Pearl Abyss, who develops Black Desert Mobile, held a media showcase in Seoul on the 23rd and started pre-registrations . 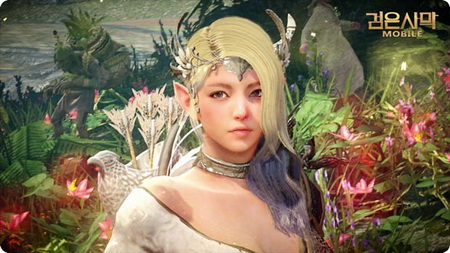 At the event, Pearl Abyss introduced the contents and plans for service that gives a glimpse of the future of Black Desert Mobile.
"Black Desert Online, which was first introduced to the world about three years ago, has turned into a global game that is enjoyed in over 100 countries around the world," said Kyung In Jung, the CEO of Pearl Abyss. " I am proud to present to everyone, our second work of art, which is a combination of our passion for MMORPGs and persistent technical mastery, Black Desert Mobile. We will do our best to make history with our new game by following in the steps of the original Black Desert, that made so many gamers’ hearts race with excitement.”

Pearl Abyss announced that they will be servicing the game themselves. They have emphasized the fact that they are ready to service their own games based on their global experience with Black Desert Online.Pearl Abyss has already set up a dedicated business and operations team for Black Desert Mobile. They have been securing a talented team of professionals that are more than ready to provide the best service possible for all of their fans in Korea and around the world.

The launch date for Black Desert Mobile was confirmed for January 2018. Prior to the launch, the company begin taking pre-registrations through the teaser site starting from Nov. 23, and will conduct a closed beta test before the official launch. The company plans to launch global services in succession after the Korean launch.

"Black Desert Mobile recreates the strength of Black Desert Online as the most optimized game on the mobile platform,” said Strategic Planning Director Young-chul Ham of Pearl Abyss. “About 50 developers have been working on the game for the last two years to complete the MMORPG, and everyone will be able to see the amazing results soon. "

Black Desert Mobile was developed with its own engine just like the PC version. The development know-how of Pearl Abyss is world-class, boasting cutting-edge graphics and high optimization levels. In particular, the acquisition of Nettention, a company that specializes in network servers, is expected to further advance the technology.

The specifications for the content that are to be released when Black Desert Mobile launches have also been decided. There will be five characters, a customization system, seven battle modes and various life contents will be spread through three territories: Balenos, Serendia, and Calpheon. Lifestyle content includes gathering, mining, logging, crafting, fishing, and owning personal territory.

"We have endlessly struggled to improve ourselves and go one step further from what we can do best," said Yong Min Cho, a producer at Pearl Abyss. "In particular, we ultimately want to create a system that breaks the stereotype of existing mobile games by thinking of ways to implement a variety of content that will make the game feel like a real MMORPG.”

Fishing in Black Desert Online is a lucrative leisure activity that can be done while you're at or away from your keyboard. Unlike other activities in the game, fishing has a low barrier of entry and can be done as soon as you can purchase a fishing rod. It's then simply a case of equipping it, and throwing your line into the nearest ocean. It's more than possible to earn millions while fishing in Black Desert Online and for that reason, it's a popular choice for players to constantly fish while they're doing other things so that when they come back to their computer, they've plenty of fish to sell. Despite this, your ability to fish well is bound by your inventory size and as it can soon fill up, the larger your inventory size the longer you can fish without needing to sell or come back to your computer.

Fish merchants can be found at most harbours and will sell you a fishing rod.

As noted above, all you need is a fishing rod and some water. You can obtain fishing rods from a variety of NPC's, indicated by a fish icon on the map. Once you've purchased one (as little as 500 silver) you can then equip it and cast your line by pressing space. After a brief period of time you'll see a small animated icon above your head that looks like a fish wriggling. This icon indicates that you can reel your fish in by pressing the space bar again. Once you've done this, there are two mini-games you'll need to play. The first is an action bar, separated by a red line. You need to press space in the furthest section to succeed and if you fail to trigger the bar after the red line, your fishing attempt will fail. If you fill it entirely, you can skip the second part of the mini-game completely.

During the second part of the mini-game  you need to enter the corresponding keys based on what letters appear on screen before the timer runs out. It's relatively simple and most of the combinations are particularly easy, especially if you've any familiarity with a keyboard. Succeeding here will secure you a fish or other object from the water.

1. With the exception of Artisan rods, fishing rods will lose their quality as you fish and cannot be repaired. Once their durability is lost, you will automatically stop fishing. It's important to replace them as often as possible.

2. Fishing locations have resources and these can be depleted. Their stages are: Abundant, Average, Not Enough and Exhausted. Regardless of where you go, all fishing locations will begin life as Abundant and will reduce in population over time.  You should always aim to be Abundant or Average and once below this point, move locations.

3. Fishing is time consuming unless you go AFK. Even then, it'll still take some time to fill your inventory. It's not a quick process.

4. Going AFK fishing will bypass your need to press the space bar when the catch icon appears but it does reduce the speed at which you can obtain fish - it doesn't stop you catching them.

5. Fish has "freshness" and it deteriorates over time. The quicker your sell your fish, the more value they will have.

6. To use better fishing rodes you will need to level up your fishing. The better the fishing rod, the quicker your fishing becomes. Artisan rods are the quickest and can be enchanted and repaired. It's important that you manage your resource nodes to ensure you can obtain the right materials for them (Iron and Copper)

7. Ensure that where you're selling your fish your adjoining nodes are all connected. Although there's often a tradesman near fishing locations you can sell directly to, they're worth more afar.

8. As noted above, selling as far away as possible from the source of your fish is the best way of earning money. Trade Managers provide a distance bonus based on how far away you are from the original node. I've been told each node improves the price of a fish by 2%.

9. Always use efficient routes when transporting your fish for sale. Wasted time can result in them reducing in value, giving you much smaller profit.

10. Building a fishing boat allows you to not only sail out when you wish, but it also has a lot of inventory space allowing you to fish for longer.