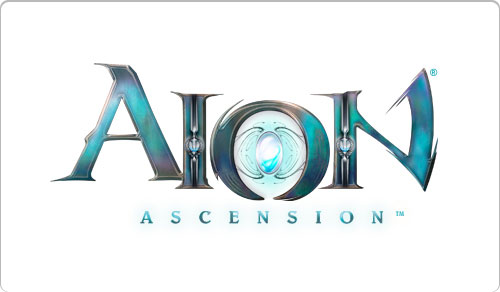 AION finnaly turns to free-to-play in North American, along with the release of the massive 3.0 patch. I guess most of you have already known what's new and what's changed in AION 3.0 and if not, you can check out the full patch notes on the official site of Aion. And here I would like to introduce you something different, about tips in 3.0, for new players who just join in the world of Atreia and for veteran Aion gamers who want to know how to level up fast. 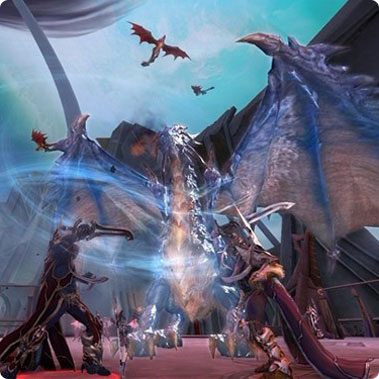 Are you ready for leveling to 60? We all understand that 55 to 60 is no easy task. But, the update of new patch 3.0 affords you many opportunities for leveling via the new zones, monsters and instances. Here comes some advices for fast leveling from 55 to 60. The best first will be Sarpan, one of the most crucial steps in experiencing the new content. Once you get there, then go to the new solo instance Aturam Sky Fortress. It's available at 55 and offers a large amount of XP gaining opportunities.

The next is a powerful Steam Tachysphere. This is a whole new experience, and you need to be ready for this first, for you'll be facing hordes of powerful enemies that if not carefully handled, even your Tachysphere can't overcome. Once you reached 56 you can access Raksang, the prison that holds some of Tiamat's most lethal enemies. Raksang provides great XP. 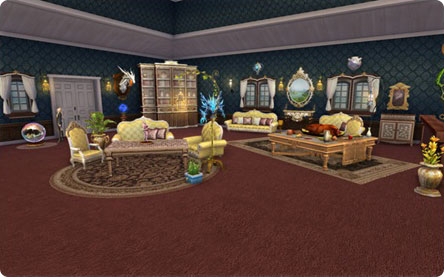 Aion launched the housing system in 3.0 patch. The housing area is available to all Daevas (level 10) via teleport, but players must be at least level 21 in order to obtain the free townhouse. Once 21 or higher, they just need to complete a short series of quests in order to get their townhouse. You need to find the New House Promoter NPCs in the capital cities. Elyos characters should talk to Harinus in Sanctum and start with "The Living is Easy". Asmodians need to begin with the "Give My Regards to Pernon" quest offered by Randiten in Pandaemonium.

Through Auction you can bid for lands to build better houses, as well as mansions, estates, and palaces. An interesting thing is that you can build your houses in the wildness of the Balaurea. You can customize and modify both inside and outside of your house. What's more, there will be npcs, warehouse, mail box in and outside the houses. These nicer housing options provide better buffs and in some way can prove your character. 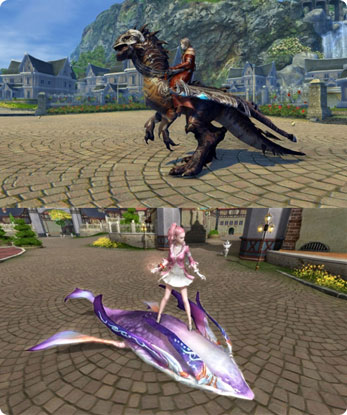 Mounts can be gained through crafting and hatch in Aion 3.0. Also they can be purchased from a Mount Merchant or acquired as an item drop when killing instance dungeon bosses or monsters that appear in the housing districts. Mounts tend to be quite expensive and difficult to obtain - a Blue Surfrider, for example, sells for 11,441,367 kinah and the Airskim Surfrider sells for 58,043,000 kinah.

The acceleration in the new mounts is really exciting. Faster than ever before and even faster! The speed of mounts can be increased by implementing upgrades. Each mount has its own speed values for movement and flight that are not related to the player’s speed. Some mounts also have a Sprint Effect that will boost the movement speed while consuming flight time. The flight time consumed per second that the Sprint Effect is enabled also varies, but 10 seconds is most common.

Using flight time to boost acceleration and speed not only provides faster travel, but can allow players to do huge jumps off of hills.There is also special method to riding the mounts that provides a sort of "rocket boost". If the player hits the key immediately after a jump, the mounts speed can actually exceed the maximum "sprinting" speed. Mastering this skill can be of great use to players.

Everything seems to be well-prepared, and have you entered Atreia yet?