The first stage happens in the town of Ruben and is designed to introduce you to the game and dungeons. 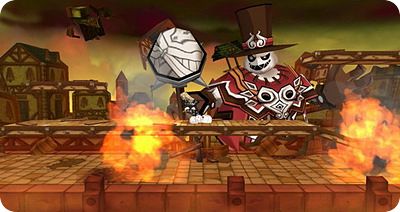 Dungeons are essentially where most of the action in the game happens. There are open world maps (fields) that connect cities between each other, but their existence is primarily for questing until later in the game where you can access more than just one field.

Dungeons are broken into various maps and can include mini-bosses. When you reach the end of a map and have completed that maps specific objectives (usually eliminate everything) then you can proceed. There are various mini checkpoints, which require you to complete objectives to pass.

You can select the difficulty of the dungeon before entering, but higher difficulties may be more difficult. For the first dungeon only normal is available, but I suggest doing the second two on very hard just because at this point in the game the difference between normal and very hard for me wasn’t very much, especially for the third dungeon which you can group with others to complete. Harder difficulties also have more maps attached to them.

You’ll also get the quest Learn about Skill Points (SP) which requires you to use a skill point. 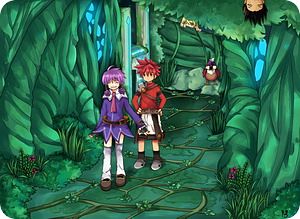 This is a one map dungeon with some very simple enemies and an even more simplier boss.Banthus doesn’t have any special attacks nor does he do anything, you can sit and beat on him and automatically win the dungeon pretty much.

This map is a bit more difficult, in a way, you have two maps and a boss. This introduces an enemy called the Fairy Guardian. They can’t be knocked down or launched, but you can stun them by attacking them. They are big and can block your way a little bit, they also hit rather hard. The Phoru on the map are sort of a joke, in a way, although the thief has a ranged attack that you’ll want to look out for.

This stage is actually a bit harder than the other two and is a two-player dungeon. When you select “start dungeon” you’ll enter the queue, if you wish to complete it solo then you can “queue with current party.” 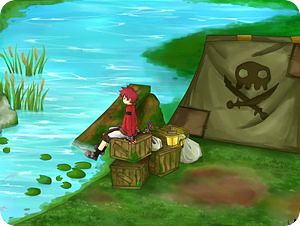 The Monkey King is the first miniboss you’ll fight and he has a few abilities. He attacks three times at once, which is easily avoided. He also will roll, which you can jump over. When he smashes the ground be sure to jump or you’ll get hit.

The Ancient Phorus boss is actually a bit harder and requires some simple tactics. He’ll breath fire and when you receive the warning, get to the second level and just use ranged attacks on him. He also will charge across the ground, which will require you to jump over him.

After you finish everything you’ll move onto the next town: Elder.